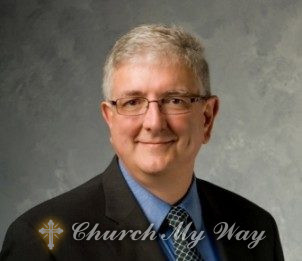 After two decades of leadership, John Upton has announced he intends to retire as executive director of the Baptist General Association of Virginia July 31, 2022.

After two decades of leadership, John Upton has announced he intends to retire as executive director of the Baptist General Association of Virginia July 31, 2022.

Since his election to the post in 2001, the landscape of Baptist state conventions has changed dramatically. More than 30 state and regional Baptist conventions previously tied closely to the Southern Baptist Convention have navigated schism within that national body in a variety of ways — some drawing closer to the SBC and some becoming more independent.

Eight years before Upton became BGAV executive director, a group of the convention’s most conservative congregations — and most loyal to the SBC — split off to form the Southern Baptist Convention of Virginia. Their concern was that the BGAV was not following the rightward shift of the SBC and was giving too much influence to moderate and progressive Baptists affiliated with the then-new Cooperative Baptist Fellowship and the Alliance of Baptists.

Both CBF and the Alliance have significant presence in Virginia, meaning the BGAV has had to chart a course to stay in simultaneous relationship with congregations affiliated with the SBC, CBF and Alliance.

At the time of Upton’s election in 2001, the BGAV and the Baptist General Convention of Texas were widely viewed as the largest holdouts to the juggernaut that had wrested control of the SBC and its agencies and institutions. Ultimately, the Texas and Virginia conventions followed different paths, with the Texas convention eventually tilting slightly more to the right and the Virginia convention remaining more centrist.

During Upton’s continuous tenure, the BGCT has had three executive directors. Of all the state Baptist conventions in the American South — the heart of the SBC’s strength — Upton is the longest-tenured executive director currently serving.

Upton has led the BGAV to adapt in multiple ways, including restyling itself as a resource center and thought leader for congregational ministry. The convention bills itself as offering resources for missions, for pastors, for leaders and staff, and for innovation. The BGAV staff was reorganized to serve eight regions with field strategists as the face of the convention in those areas. Unlike most state Baptist conventions, those top-level leaders include both men and women.

BGAV Executive Board Chair Rebecca McKinney said of Upton: “John, you have led us with grace, wisdom and an ever-present sense of humor. You have built strong relationships all across the commonwealth and the world based on mutual respect and a recognition that we are stronger when we work together to grow the kingdom of God. And because of your faithfulness and commitment to the mission of the BGAV, we are uniquely positioned for the future.”

Upton joined the BGAV staff in 1995 as a group leader for what was then called the Virginia Baptist Mission Board and its mission mobilization group. Six years later, he was chosen to succeed Reginald McDonough as executive director.

Upton previously served as pastor of Urbanna Baptist Church in Urbanna, Va., was a church planter in New Jersey and worked as a Southern Baptist missionary in Taiwan.

He has had a long association with the Baptist World Alliance, serving a five-year term as president of the international body beginning in 2010.